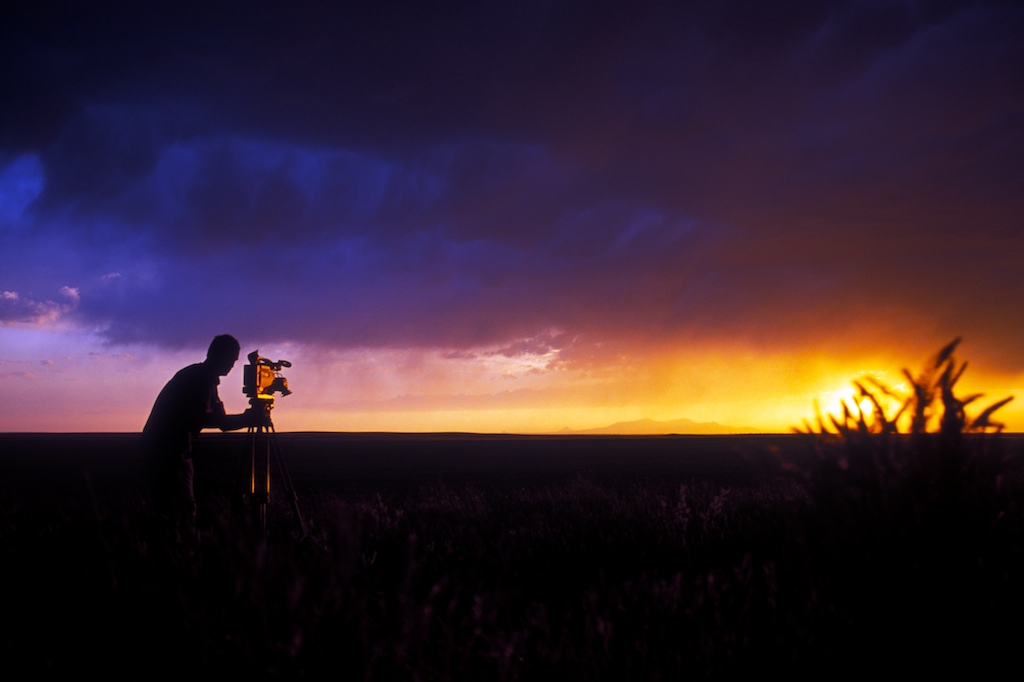 Filmmaking is a big pain in the ass.  All these exciting advances in imaging technology beckoning to us. With just a laptop, a camera and a little know-how we can render our wildest imaginings in digital perfection and tell our audio-visual tales with tools that just recently belonged only to the biggest Hollywood studios!  Well, not quite.  While the tools available to filmmakers are getting cheaper and more powerful and this trend has helped to democratize the process of filmmaking, it’s not quite that simple.  To make good films you still need equipment that is beyond the financial means of most individuals and more than ever, you need knowledge.  All of these new technologies are legitimately exciting but the process and techniques have become more complicated.  There is quite simply more to know than there used to be.  And the smaller your budget, the trickier it becomes.  As a director or producer of a film with a big budget, you simply delegate tasks. You hire someone to record the sound and someone else to run the camera, someone to do the graphics and someone else to do the color correction and the list goes, quite literally, on and on and on.  Have you watched the credits for anything on television or in the theatre lately?  It’s not uncommon for even low-budget documentaries to enlist the services of 50+ people before it’s all said and done.  If you don’t have a lot of money for your film you have to quickly become all of those other people and perform all the tasks that they have dedicated their lives to learning.  Good luck.  But resigning yourself to filmmaking being a group sport that requires many people and therefor lots of money, means you’ll need to get used to the idea of being at least as much businessman as artist.

Most smart people have resigned themselves to the realities of filmmaking and either find a satisfying role to play in the elaborate process or go do something else.   Some people however, are bent on making their own films in their own way.  Not content to simply fill in the colors in the coloring book, they want to draw the whole picture themselves.  Admirable maybe, but the money has to come from somewhere.  Filmmaking is not done with a yellow pad and a pencil and if you want to tell your own stories in your own way you’re not likely to be working with the commercial budgets the size of some country’s GDPs.  No sense whining about it.  The rules are clear and they’re pretty much the same for everybody.  Filmmaking takes money and unless you’re independently wealthy, you’re going to be making films for the people and companies that have it.  The small group of filmmakers who defy these conventions are the ones who have to make films.   They are driven to share their vision with others at any cost, and they are the ones this post is written for.

Filmmaking is a complicated endeavor which defies attempts to define it.  It can be called an art form but it is really many art forms combined. It can be collaborative or individual, simple or complex and it can be art or just simple mechanics.  My primary interest with film is in its capacity to be art. I believe this is where it has the most power to move or influence people. Even when the underlying purpose is simply to educate, information is most powerfully conveyed wrapped up in art. This is the foundational principle of my involvement with filmmaking. From here, it is easy to spiral down into the rabbit hole of infinite intellectual debate of the various aspects of filmmaking, and I often do. Primarily for me, these questions revolve around the fact that film is far and away the most expensive art form of all time. The high cost of the tools and services required to make films has dictated that the vast majority of filmmaking be commercial endeavors. Big budgets don’t fall out of the sky and so films must be profitable to warrant the amounts of money that it costs to make them. This has all sorts of implications and the intersection of art and such a highly commercial medium is fertile ground for many important discussions. In fact, I wrote my MFA thesis on this subject.

However, as artists who are driven to make films out of a passion for telling stories and combining words, images and music in ways that move people, these questions of commercial viability may not be the most important. That is, if you love making films and are going to find a way to make them in any case, the primary question ceases to be how to connect yourself to an organization with deep pockets that needs a film made. Instead, the question becomes, “How can I convey my vision using the tools that I have?” How do I open peoples’ eyes to another way of seeing the world? And sometimes it is this very ability to capture and combine elements with absolute freedom and according to our personal vision, that yields the most compelling films. As an indy filmmaker, it is easy to feel disadvantaged by the sheer power that big budgets have to help tell a story. But it’s important to remember that much of the art that touches us most deeply is not complicated. How is it that a single girl with a guitar can write, play, sing and record a song in a cheap little studio that moves us more than a song crafted specifically for commercial success by a whole team of industry pros? She may not have a team to help her write the song or an expensive microphone or a studio session player to come in and record the blistering guitar solo for her or the half-million dollar mixing console to perfectly master her sound. Her music is a testament to the elements of art that really move us. The feeling that we can relate to somebody for example. The feeling of sharing someone’s joy or anguish. The ability to directly convey emotion. Rawness. The feeling that the painting or poem or song or dance is a cry directly from their mouth that we are hearing. We feel what they feel or see what they see, if only for a moment. To communicate this elemental expression of the human condition does not require mind-bending scenes that take fancy computers weeks to render. It requires directness. And this is what the best art does. It reaches out and stirs something inside of us. It strikes us… as infuriating perhaps. Or heartbreaking. Or beautiful. Sometimes this vision is clearest when it is not muddied by the creative input of many people but rather the expression of a single individual.

There is a place for all sorts of films of course. Certainly, the collaboration of many people together can yield things that an individual simply cannot reproduce and it can be a thrill to contribute to such an effort. Many times these orchestrated efforts are products rather than art – assembled by formula to make money. But other times they come closer to an actual orchestra with many talents coming together to carry out an artistic vision that can be extremely powerful. In the end, comparisons become of little value however and all art is evaluated on its own merits. In it’s lengthy entry on art, Wikipedia offers us this thought: “Countless schools have proposed their own ways to define quality, yet they all seem to agree in at least one point: once their aesthetic choices are accepted, the value of the work of art is determined by its capacity to transcend the limits of its chosen medium to strike some universal chord by the rarity of the skill of the artist or in its accurate reflection of what is termed the zeitgeist.”

I think it’s fair to say that independent filmmakers have never been more empowered than they are today.  That’s not to say that it’s easy. Making a good film is still as hard as making any good art and if you want to do it all yourself, it’s harder. But if you want to spend the time to learn the recording and editing technologies that are available, you have the ability to express ideas in ways that an individual has never been able to before. And those are powerful tools to have access to.