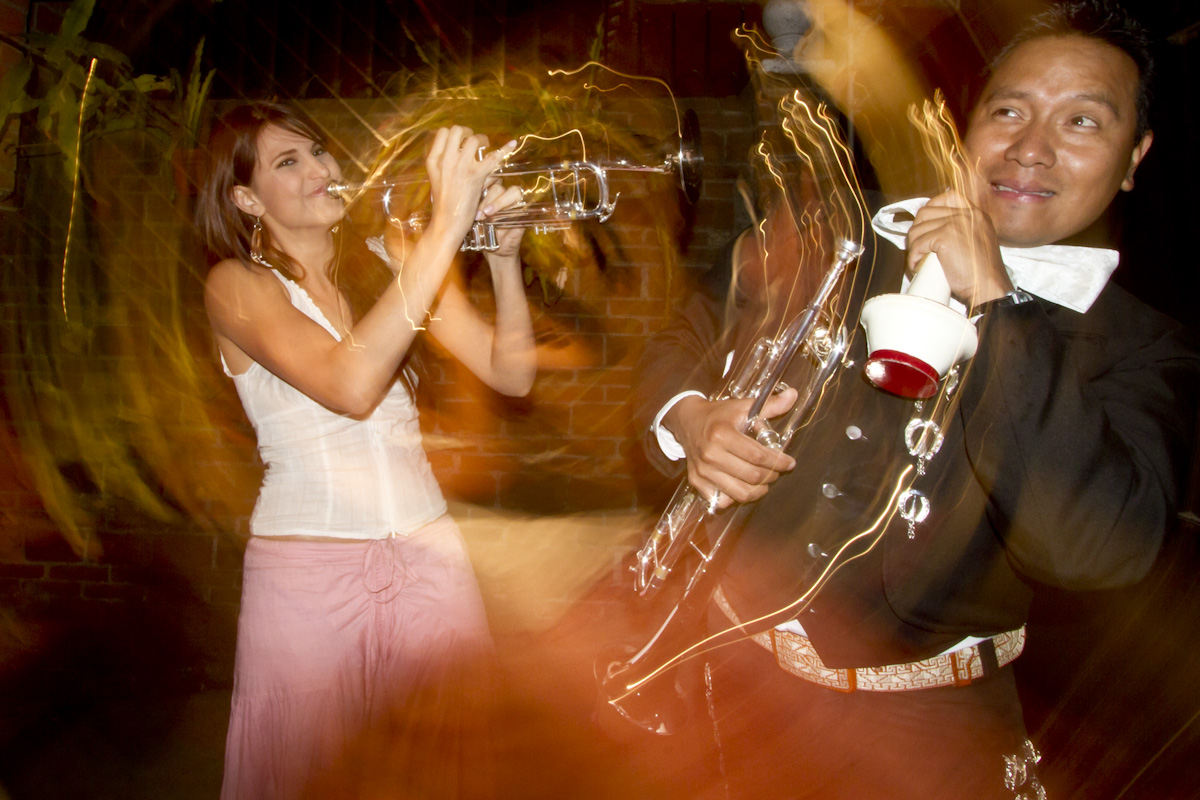 Just returned from a 6 week road trip all across the hopelessly romantic country to our south and am happy to report that, excessive Catholicism aside, the danger factor is much lower than the sensationalist media would have you think.  In fact, a trumpet is about the scariest thing anyone will point at you anywhere where I went.  I did not go to Juarez.  You shouldn’t either.  But I saw a lot of the country and the jungles and mountains and deserts and ocean and cloud forests and magic villages are as enchanting as ever – only with fewer tourists clogging things up.  Working with my Mexican business partner to decide how to portray Mexico to the world was fascinating.  Not surprisingly, Mexicans are eager to move beyond the stereotype of burros and sombreros and cactus and mariachis.  They want to show the bustling cities and night life and the modern art and theatre.  But these old stereotypical images burned into the worlds’ imagination are a large part of why people visit Mexico.  The debate about how to “sell” a country to the world quickly becomes quite philosophical – especially among countries of economic disparity.  Rather than go down that road however, I’ll sign off with a list of some of the common foods that originally came from Mexico:  chocolate, avocado, corn, vanilla, guava, sweet potato, jicama, zuchinni, jalapeno, habanero and, of course, many species of beans.  So Mexico is part of the world’s roots and heritage.  Don’t worry about banditos – get on over there and check it out.  As I catch back up on the maintenance of my overly complicated 21st century life, I’ll post some video clips to help lure you down.